Norris is a product designer who enjoys working across the research and design spectrum. As a backer of the First Things First manifesto, he chooses to use his skills to make the world a better place. He joined Code for America in 2015 and works as the senior designer on the GetCalFresh team. Previously, he worked at the education startup Inkling to help publishers define what textbooks could be in a modern, digital world. He also worked for Seedling Projects, a do-tank for the sustainable food movement, to launch the first year of the Good Food Awards. In his spare time, he likes to ferment various foods and spend his time in nature through backpacking, cycling, and climbing. He holds a Sc.B degree in Biology from Brown University. 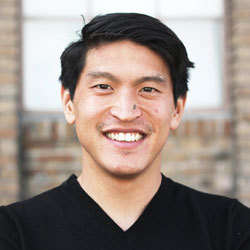