In 2018, Code for America introduced our Delivery-Driven Government framework. We wanted to distill the “Code for America way” of doing things to a set of key principles, which began with put people first, inform with evidence, and improve continuously. Since then, we’ve refreshed the framework to recognize empower for action as a principle unto itself (since change within an organization must start with its workers) and added build equitable systems to express why Code for America has chosen to prioritize work that helps address systemic injustices.

Now, as we close out 2021 and look back on changes in our work and in the world, we are giving this updated framework a name that reflects its focus and inspiration: Human-Centered Government.

We’re borrowing the term “human-centered” from human-centered design, which “puts human needs, capabilities and behavior first, then designs to accommodate those needs, capabilities, and ways of behaving.” Practitioners of human-centered design don’t start projects with a long list of requirements. Instead, they start by understanding the different people whose needs must be met, exploring  problems and possible solutions collaboratively. By iterating through ideas, observing behavior, and listening to feedback, designers can guide an organization to work more effectively and humanely.

We believe that those who serve the public in all roles can use a human-centered approach to be more responsive. Elections and public meetings should not be the only mechanisms for people to communicate with their governments. A decade of research at Code for America shows that even seemingly small implementation details, like the wording of a question or the structure of a web page, can make a big difference in access to public services. Decisions at this more granular scale should be led by the people they affect. A human-centered government empowers public workers to meet community needs by facilitating the collaborative definition of problems, co-creating solutions, and making changes in response to feedback.

Code for America partners with governments to build efficient, modern systems. But human-centered government is more than sleek software. It means starting not with how to do something, but why we are doing something, who is affected, and what it means to change. It means looking beyond any policy, program, service, or silo to connect with people as whole human beings, not just “end users.” It means taking the time to see all of the intersecting systems at play, and all of the people who make up these systems. Human-Centered Government requires us to approach problems first and foremost as people who value the humanity of others. Together, we can build an equitable, accountable, adaptable government.

Design Principles that Put People at the Center
May 26, 2021 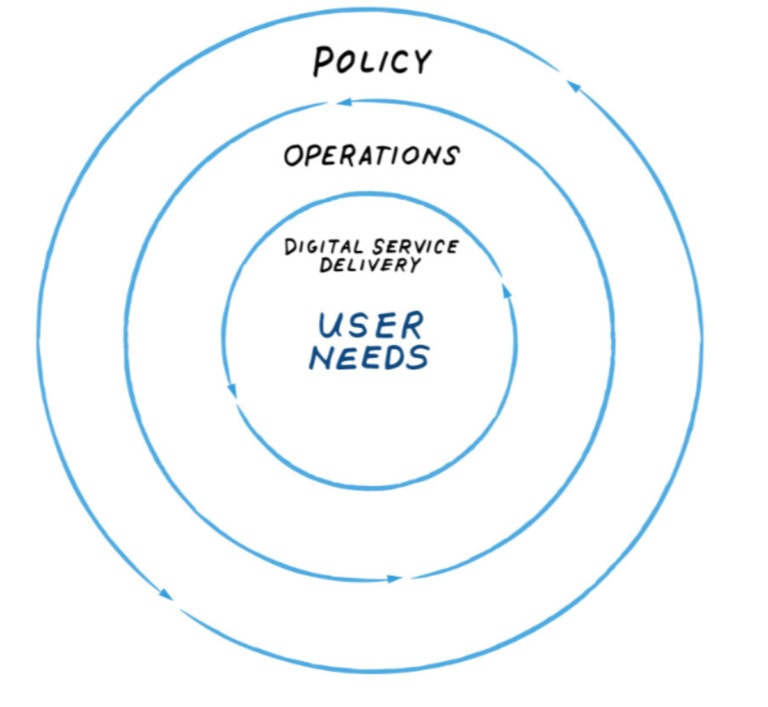