For our “Leading the Field” Q&A series, we’re speaking with leaders in the civic/gov tech space who are driving important change to make government work by the people, for the people, in the digital age. For American Indian and Alaska Native Heritage Month, we’re lifting up the voices of Indigenous leaders who are working to ensure the government can serve everyone equitably, with dignity and respect. This week, we spoke with Glennis Lofland, the Manager of Development Marketing & Communications at Code for America.

Your role is to tell stories about the work here at Code for America. What makes for a compelling and authentic story in this space?

I think anything that humanizes the work we do is powerful. When I read about how my colleagues have collaborated in unique ways, and how that collaboration made our work more successful, I see that. When I listen to the Clear My Record audio series and hear stories from real people who have been impacted by criminal records—and how our work has impacted them—I feel that. Storytelling allows a reader to relate to and empathize with actual people—not a product or a platform or a body of work. Technology can be, for lack of a better term, very technical. Fascinating, yes, but not something that an average reader can feel in the way we can feel the story of a dad trying to feed his kids. Government, too, is this big, nebulous thing, but it’s made up of real people who have stories to tell and who are trying to help and serve real people. Anywhere we can show the humans behind the work that we’re doing, or the humans impacted by our work, is the beginning of a compelling and authentic story for me.

Where does storytelling fit in broader efforts to enact policy, technology, and systems change?

Storytelling can help make enormous, meaty issues become more manageable and comprehensible—and, by extension, solvable. One of the basic concepts of rhetoric is ethos, pathos, and logos—ethos being the credibility or trust appeal; logos, the logical appeal; and pathos, the emotional appeal. Logos is often the one that people focus on—the big stats, the flashy impact—but many people aren’t truly swayed into action by stats. To win folks over (which is a large part of policymaking and systems change), you have to have all three elements. Storytelling is how we blend these elements.

But even more than that, storytelling is how we can elevate lived experiences and minimize the perpetuation of stereotypes. Here at Code for America, we LOVE our data and stats, but what does a stat like “46 million people are living in poverty” really mean? That’s an almost imperceptible number. In linguistics, there’s a theory that we assign images to words and concepts to make them make sense. I say “banana” and you automatically have an image of a banana in your head. For something like “46 million people living in poverty,” what do you assign to that? If you don’t have a lived experience with poverty, and aren’t given anything else that depicts the lived experience of those 46 million people, a stat like that can perpetuate stereotypes because it asks folks to tap into their unconscious bias to make it make sense. And much of what their unconscious bias may use to fill in the blanks could be harmful ideas perpetuated by society, the media, and more. Storytelling is how we avoid this and make sure real, diverse voices and experiences are represented.

What are the stories you tell about yourself and your community? How do those stories influence your work?

I consider myself as having two homes: the one where I grew up and where my mother still lives just outside of Richmond, Virginia, and the other in Montana. I’m a descendant of the Blackfeet Nation—my mom is an enrolled member of the tribe and was born and raised on the reservation in Montana, and most of her family still lives there. Every year or so, we head “home” to visit family and our ancestral homelands and go to the annual pow-wow. The reservation borders Glacier National Park, which was formerly Blackfeet territory, and there is an area in the park where the mountains are named after my ancestors. We spend a lot of time there hiking and picnicking and that really feels like home. Though I grew up on the East Coast, my mother kept our Indigenous heritage alive in many ways, telling me stories, instructing me about my ancestors, making Indian fry bread, curating our collection of beadwork and sweetgrass. My Indigenous heritage is something I am proud of, and I could see a lot of parallels between my ancestral culture and the culture of the place I was raised: hospitality, fierce independence, strong family bonds, a respect for elders. But growing up in Richmond—the capital of the old South—made it hard to truly own that identity until later in my life.

Richmond is steeped in tradition—good and bad. My parents sent me to an all-girls school, which was a safe place for a painfully shy girl like I was to grow up. In many ways, this school helped me build confidence in my voice as a woman and fostered a love of language and stories that helped shape my career, and for that I am grateful. But I also learned to keep quiet about aspects of my identity that make others uncomfortable. I remember feeling ashamed of my Indigenous heritage, while at the same time, white classmates with no ties to a Tribal community nor proof of Indigenous heritage were praised for calling themselves descendants of Pocahontas.

It wasn’t until I took an American Indian history class in college that I began to learn about the history of the US from the American Indian perspective. It was American Indian History Post-1850—and the historical narrative of the US during that  time period typically doesn’t include American Indians, save for a mention of the American Indian Wars and maybe Wounded Knee. I learned things about my people I had never known. The Dawes Act and allotment, the boarding school system—that, legally, American Indians were treated like immigrants on their own lands. It formed a glimmer of insight into how my feelings of shame while growing up were a perpetuation of colonization: that Native people—or any marginalized group, really—haven’t been allowed to own and tell their own stories. I’ve been exploring that ever since and have become an advocate for amplifying marginalized voices and experiences not just because it’s something that we must do, but because these are stories worth hearing. And only those voices can tell them. I bring that drive to work with me everyday, and I’m fortunate to work at an organization like Code for America where people-first storytelling and lived experiences are a priority. That can be rare in the nonprofit sector, where there’s often an underlying savior narrative. That’s certainly shifting, and I am grateful to be part of an organization making those real, intentional changes to center diverse voices and lived experiences.

What does it look like to bring your full self to work in this field?

In many ways, bringing my full self to work means being able to own my identity, share my voice, and advocate for Native American inclusion and the inclusion of those traditionally left out without fear of judgment. Native American voices and experiences are often disregarded or overlooked, and while I am by no means representative of all Native Americans, being able to advocate for their inclusion is something that I’m passionate about. I’m still new to Code for America, but I already see that the organization welcomes and encourages a diversity of opinions, backgrounds, and experiences, because it is integral to the work that we do.

What do you think it would take to create a government that equitably serves all people?

Making sure that those who will be impacted by policies have a seat at the table in building those policies. And by “seat at the table,” I mean more than a space to share their opinions and ideas—beyond that, it means a space where their opinions and ideas will actually influence and shape policy. From a storytelling perspective, there is a narrative that certain issues need to be “fixed”—people experiencing homelessness or poverty, for example, are issues that need to be fixed. I think shifting that narrative to understand that lived experiences are valuable insight into what policies to implement and how to implement them is essential to creating a government that equitably serves all. And the only way to do that is by giving those folks a seat at the table. 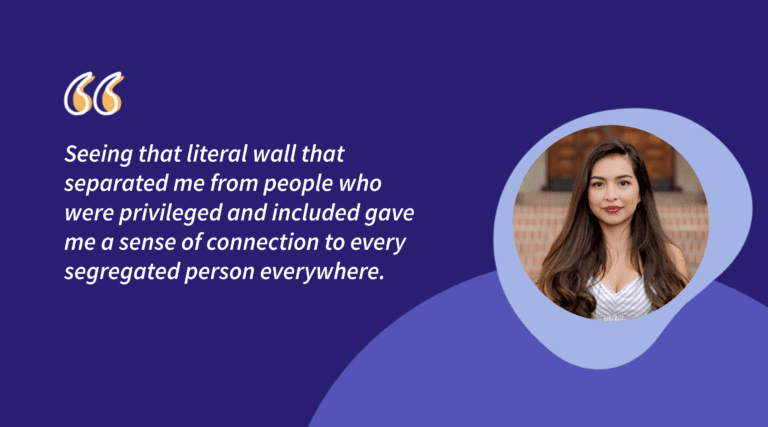 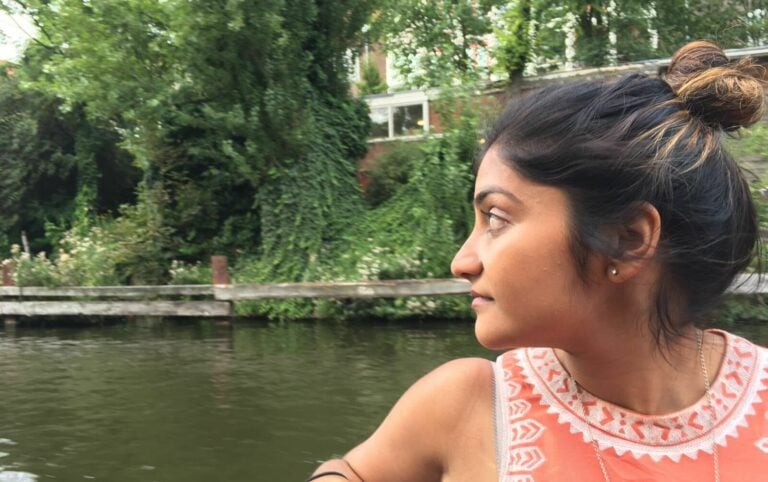 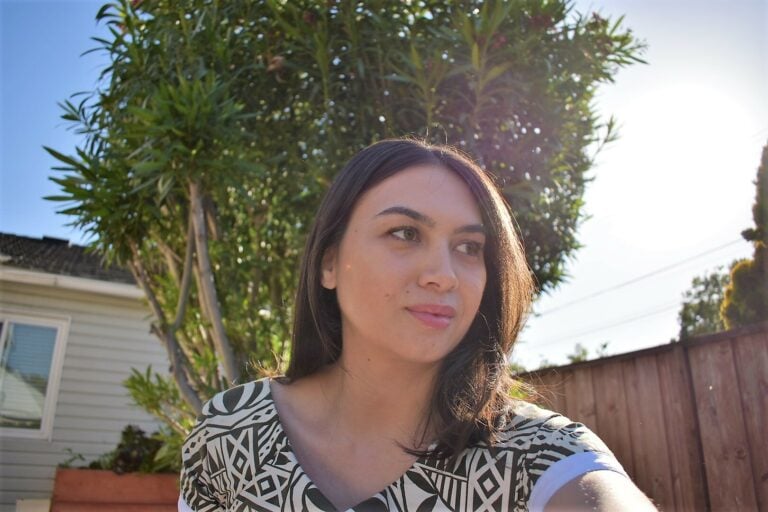