Salt Lake City (February 10, 2022) – Code for America today joined with Utah Governor Spencer Cox and the Utah Administrative Office of the Courts to announce a historic partnership that, using Code for America’s technology and expertise, automatically clears the eligible convictions of 500,000 people in Utah under the state’s Clean Slate law.

This partnership is part of the national effort to make automatic record clearance the standard across the country—and Code for America has taken a leading role in developing the vision, technology, and implementation expertise to make it a reality.

Code for America’s work began with a pilot in California, which demonstrated that government can fully implement automatic record clearance policies and reduce the burdens that people seeking to clear their records experience. Now, Code for America is partnering with state government agencies to design and implement automatic record clearance policies at scale. These partnerships will enable states to clear millions of eligible criminal records across the country.

“The partnership announced today with Utah demonstrates growing momentum for automatic record clearance across the nation,” said Amanda Renteria, CEO of Code for America. “In Utah, it means that hundreds of thousands of people will get a fresh start and have access to jobs, housing, education, and other opportunities that otherwise might be denied. This partnership is a clear example of how states across the nation can operationalize and implement automatic record clearance laws without a massive technology overhaul. We look forward to working in Utah and other states to deliver equitable conviction relief at scale.”

“The Clean Slate law will affect nearly 500,000 people in Utah,” said Ron Gordon, Utah State Court Administrator. “Code for America played a critical role in the implementation process, developing the technology and processes that will identify the cases and people who qualify for automatic expungement. This allows for convictions to be automatically cleared at scale. We’re grateful for their expertise and the technology tools that will now help to give second chances to thousands of Utahns.”

States have the capacity and technology to deliver automatic record clearance to all those eligible for relief. Code for America’s service enables states to harness their existing systems to do so.  This fundamental shift–moving from a petition-based record clearance process to an automatic one –will help states achieve record clearance equitably, expeditiously, and at scale.

The Utah Administrative Office of the Courts is now adopting Code for America’s code and technical processes to identify eligible conviction records on their own—and continually clear records as they meet eligibility requirements. The courts will update their case management systems to reflect the fact that these cases have been cleared, and those records will no longer appear as available to the public.

Code for America, a nonprofit founded in 2009, believes that government can work for the people, and by the people, in the digital age. We work with government at all levels across the country to make the delivery of public services equitable with technology. Together with thousands of volunteers across over 80 Brigade chapters in the U.S., we work with community organizations and governments to build digital tools, change policies, and improve programs. Our goal: a resilient government that effectively and equitably serves everyone. Learn more at codeforamerica.org.

Code for America is also a founding organizational member of the Clean Slate Initiative— a national bipartisan coalition advancing policies to automatically clear all eligible criminal records across the United States. 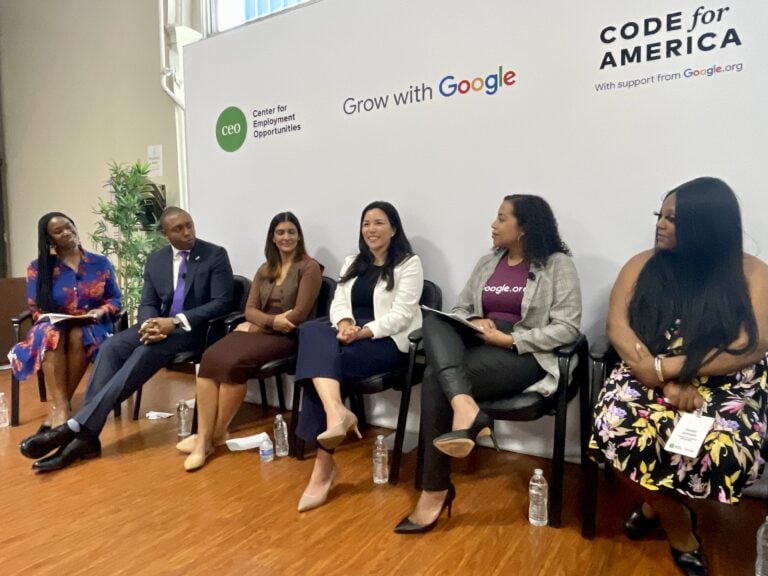 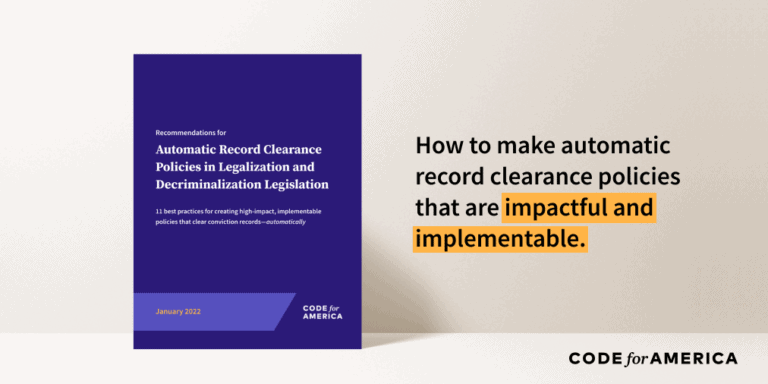