Dan Hon joined Code for America in October 2014 as Content Director. He works to make building digital government that works easy to understand and easy to copy. Prior to Code for America, Dan took a detour into the world of advertising at Wieden+Kennedy, the award winning advertising agency, based in Portland, Oregon. At Wieden+Kennedy, Dan was a Creative Director on the Facebook, Sony and Nike accounts helping to bring an interactive and digital sensibility to brand advertising. A recovered lawyer, Dan has an MA in Law from Gonville & Caius College at Cambridge University, an MSc in Software Engineering from Liverpool University, helped London startup Mind Candy build their first game, Perplex City, and co-founded Six to Start, an award-winning game developer in 2007 with his brother. He has been blogging for a very long time and now writes a popular email newsletter. He doesn’t play World of Warcraft anymore. 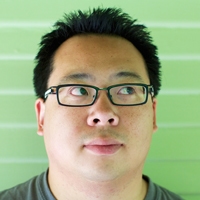