Danielle Lucey (she/her) is a marketing, communications and editorial professional with both agency and extensive nonprofit experience.

Most recently, she served as senior vice president of marketing and communications and editor-in-chief at the Navy League of the United States, a nonprofit dedicated to advocacy and support of the U.S. Navy, Marine Corps, Coast Guard and U.S.-flag Merchant Marine. Previously, she worked as a writer and editor for marketing and PR firm Merritt Group, writing on the behalf of clients in the realms of cybersecurity, big data, artificial intelligence and government. Her stories have appeared in Bloomberg Businessweek, Forbes, Venture Beat and HuffPost. From 2009 to 2016, Danielle served in various editorial roles at Unmanned Systems magazine, a publication of the Association for Unmanned Vehicle Systems International, eventually rising to become editor-in-chief. She started her career as assistant editor and later managing editor at maritime publication Sea Technology.

She has served as a moderator and speaker at various industry events, including IDEX and for the National Association of Broadcasters conference.

A native of New Jersey who grew up in South Florida, Danielle lives in Fairfax, Virginia, with her husband, Scott, and daughter, Noelle, who was born in May 2022. Danielle enjoys travel, with some trip highlights including Thailand, Japan, Costa Rica and Italy. She enjoys cooking and used to teach classes on pizza making. 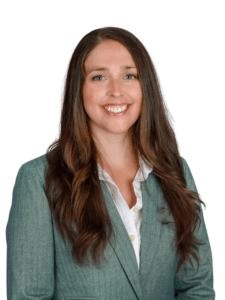