David Newville has spent the last decade in Washington building financial security for low- and moderate-income people. In every role he has held, he has created and advocated for policies and programs informed by robust data, rigorous analysis, and the lived experiences of those on the margins of the U.S. economy. David served as Vice President of Policy & Research at Prosperity Now, a national intermediary dedicated to building stability, wealth, and prosperity in the United States. Under his leadership, Prosperity Now was instrumental in introducing federal legislation around enacting a nationwide Baby Bonds program and helping Earned Income Tax Credit recipients build emergency savings at tax time. He also co-created the model by which Prosperity Now coaches state and local coalitions and advocates to advance racial wealth equity.  David also served as a Senior Policy Advisor in the U.S. Department of the Treasury during the Obama administration and with the Financial Health Network, where he focused on consumer protection, financial access, and nonbank financial regulation. His commentary has appeared in CNN.com, the Washington Post, The Hill, USA Today, and American Banker. Before coming to D.C., David worked on state policy and advocacy issues related to childcare, early childhood education, and health care at Illinois Action for Children. He also was a producer at WBEZ, Chicago Public Radio. He has a Master of Public Policy degree from the Gerald R. Ford School of Public Policy at the University of Michigan and a B.A. from Grinnell College. David is a marathoner, outdoor enthusiast, and dog lover. He is originally from Wisconsin but now lives in Silver Spring, Maryland, with his wife and son. 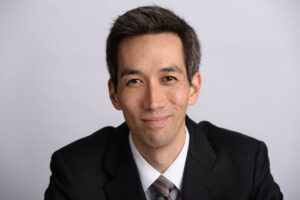