Moncef is passionate about solving problems, learning by doing, and giving back to the community. Most recently, he led the Automation effort on the Mobile Team at AOL, and worked on various iOS and Android apps. In his spare time, he runs several music-related websites, and a programming blog where he authored a popular tutorial about setting up a development environment on a Mac. Moncef earned his Electrical Engineering and Music degrees from UVA, and speaks English, French, and Arabic. 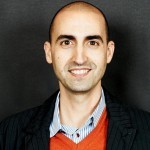