On a fall night in Missoula, MT, Terry Kendrick answered a call that the local 911 system routed to her. After listening to the situation—a domestic disturbance at a familiar address—the co-founder of Partnership Health Center said, “we can come to de-escalate things instead of the police.” On the other end of the phone, relief. A mother was fighting with her 38-year-old daughter who had physical and behavioral health issues. She needed help communicating and addressing her daughter’s needs, and 911 was the only place to turn.

It’s not an uncommon reason for a 911 call—a request for compassionate help responding to someone in crisis. But police often aren’t trained to handle situations like this, and their involvement can escalate tension rather than relieve it. When there’s an alternative for safe de-escalation—like the Partnership Health Center crisis response team—conflicts can be resolved more safely, people can get necessary resources, and communities can build trust for  government.

Getting people the help they need starts with getting the right people on the scene—and that requires a 911 system that can route calls to the teams capable of handling them.  To ensure that police are not the default for every emergency, 911 systems—and alternatives like Crisis Intervention Teams (CIT) or the 988 system— need to be independent and interoperable where appropriate. Unfortunately, the hyper-local nature of 911 means that incoming calls are handled, processed, and recorded differently in nearly every city, county, and borough. This presents a challenge for reform at scale.

For the past six months, our Reimagine 911 project has been working to evaluate and document the status of 911 systems nationwide. That means data collection, lots of spreadsheets, and conversations with subject matter experts like Terry who know this system inside and out. This work was born out of our 2021 National Day of Civic Hacking, during which we partnered with Transform911 to engage in data analysis and prototyping actions to reimagine the emergency response system to be truly human-centered. Now, we’re exploring how a uniform approach to emergency call data classification might allow 911 to better work alongside other crisis response agencies.

By the latest official count, there are 5,748 911 agencies (more accurately called Public Safety Access Points, or PSAPs) in the U.S. The initial task of evaluating and collecting a representative sample of 911 data is a formidable challenge, but it is also one for which the Code for America Network is particularly well-suited.

To meet this challenge, we organized our first National Action Team this spring. This all-volunteer program has invited over 60 new members to join existing volunteers and Code for America staff in our work. This approach combines both local and distributed volunteers, and salaried and contracted employees to achieve high-quality work at national scale. Together, we’ve leveraged the power of crowdsourcing to identify 382 cities with open data portals, then we performed a landscape analysis of 130 of those cities. A review of this size is only possible with a large number of volunteers—and that’s exactly where the National Action Teams shine.

We’re actively breaking down barriers to entry for people who are interested in civic tech—especially for a project that requires such a broad set of interlocking skills.

It’s a team effort to organize the large volunteer activities that are characteristic of National Action Teams. There are many facets to this work: market research, data scans, system and process analysis, developing recommendations for national standards, creating educational materials, and coming up with solutions for national applications. We’re actively breaking down barriers to entry for people who are interested in civic tech—especially for a project that requires such a broad set of interlocking skills. Our team is made up of data and technology experts, project managers, product designers, researchers, writers, and lawyers, among others.

Together we take part in “Data Description” activities, where people claim different 911 datasets and review them across 21 different dimensions; explore all the challenges associated with a disparate data set, like how to unify 911 call codes; and name “Column Champions” for our dedicated data reviewers. This is problem solving and ideation at its best–when a community forms around a shared goal, welcomes in new members, and finds where each individual’s unique skills can shine in the broader constellation.

As always, we paired these skills with a human-centered approach. Working on the National Action Team wasn’t just another technical challenge to add to a résumé or to satisfy intellectual curiosity. It was an ongoing lesson on how to carry equity and ethics into all data communities. The difficult conversations about what a modern dataset looks like fostered a rare, exciting environment. It equipped us with the tools necessary to empower others nationwide to tackle complex data solutions in their own communities.

Want to hear more about Maya’s experience with Reimagine 911? Check out her mainstage talk from this year’s Code for America Summit.

With Reimagine 911, we’re working to make the nation’s 911 system more equitable and accountable at a time when that’s desperately needed. We’ve made great strides, but there’s so much more to do. The crowdsourced data collection and analysis work we’ve performed so far will proceed into an Impact Sprint for the next phase—wherein a small team will be tasked with rapidly developing and iterating an open source software platform for standardizing large numbers of 911 data. As with all our work, we plan to keep people at the center, seeing beyond the data to the impact these numbers have on communities across the country. Together, we hope that this work will bring us further along the path towards a public safety system that meets people when, how, and where they need it.

Would you like to help Reimagine 911? You can register here now. Our next crowdsourcing effort will be to standardize open 911 from cities across the country starting this September. We’ll reach out immediately if your experience is a good fit for the Reimagine 911 Impact Sprint activities. 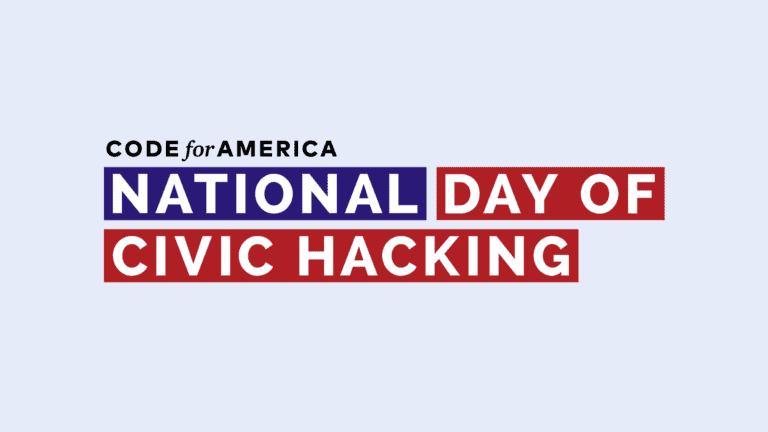 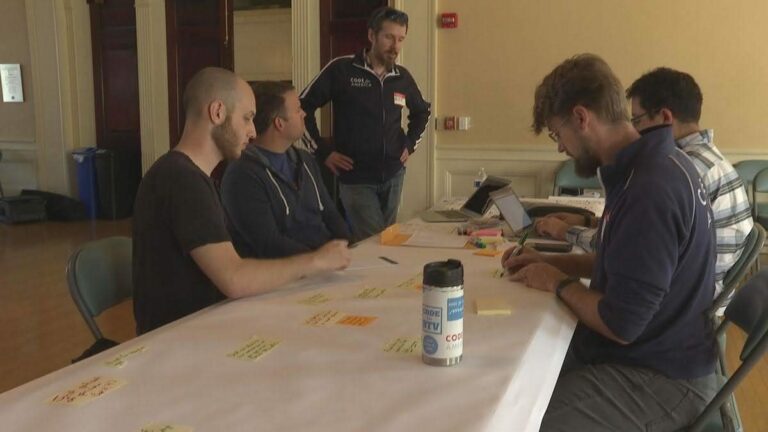